Rosehill Instruments is a specialist brass and woodwind retailer of more than fifty years' standing. We maintain a broad stock profile of student, intermediate and professional instruments, both new and refurbished. All our stock is available for immediate testing. We have excellent workshop facilities, staffed by experienced technicians and covering every aspect of maintenance, from minor adjustments to full restorations.

Our showroom is to the rear of the shop front at 64 London End, Beaconsfield, offering off-the-street parking, and ample space to view and test our varied range of stock. Our workshop is also on site, so minor repairs can often be completed while you wait.

Customers visit us from all around the UK, and increasingly from overseas. We also maintain close links with many military, brass and Salvation Army bands at home and abroad, and since 1999 have been an approved supplier of musical instruments to Her Majesty's military bands. 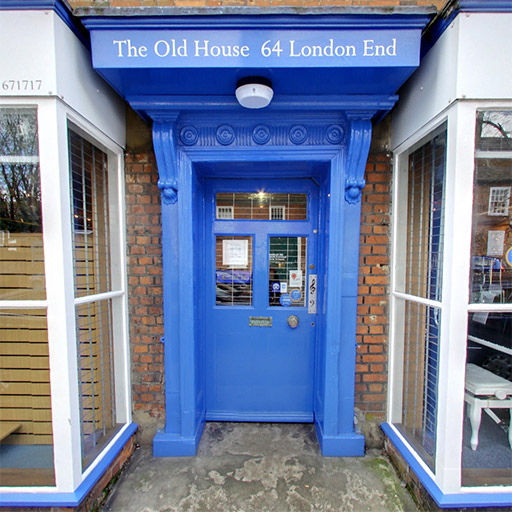 What's in a name?

Rosehill Instruments was founded in 1967 by Trevor Austin, a former musician in the Horse Guards, whose service included playing euphonium on horseback at the coronation of Queen Elizabeth II. From small beginnings, supplying instruments to friends and acquaintances, a full-time business gradually developed. Rosehill Instruments is now managed by Trevor's son, Paul.

The business was named after the Rosehill Band, a one-time staff band of the Salvation Army formed in 1939 by employees of the Salvation Army Assurance Society, following their evacuation at the outbreak of war from bomb-threatened central London to a mansion named Rosehill House in Caversham, a suburb of Reading.

The band progressed rapidly, and within six months auditioned successfully for the BBC, providing war-time inspiration through its broadcasts on the Home Service and Light Programme. Many recordings were also made on the Regal Zonophone label. Its founding bandmaster was Walter Ward. He was succeeded in 1942 by Eric Ball, who shortly after handed on the baton to Albert Jakeway. He remained at the helm until the band passed into history after a final engagement in May 1951. Our current telephone on-hold music is Jakeway's Rosehill March.

Trevor joined the band in early 1948, by which time the Society had returned to offices in Tottenham Court Road. Other former members include: cornet virtuoso Derek Smith (father of Philip Smith, one-time principal trumpet with the New York Phil) who after emigrating to the USA became bandmaster of the Salvation Army New York Staff Band; the late Harold Nash who was principal trombone at Covent Garden for more than twenty years before his retirement in 1997; the late James Williams MBE, cornet soloist and long-serving bandmaster of the Enfield Citadel Band; and Sir Gordon Jewkes, the career diplomatist who was govenor of the Falkland Islands between 1985 and 1988.

“We formed Rosehill Instruments in 1967, running the business from home to begin with. As it grew, the house filled up. I remember one Christmas I promised to release the dining table which was covered in instruments. I had to fetch my mother-in-law from Medmenham for a one o'clock lunch, but didn't clear the table until just before I left. Our house was tidy, but I left a lot of lines of dust in between where the instrument cases had been standing.

“I ran the business from the garage, and remember selling a trumpet to a man and his son. The father took the trumpet to drop it into a plastic bag before putting it into the case. But it wasn't a bag—just a sleeve—and the trumpet fell right through onto the concrete floor, with a predictable result.

“I received calls from early morning until late at night. I remember selling brass instruments at eight o'clock in the morning, and a cello at nine thirty in the evening in my pyjamas. A bulk order of instruments, delivered by overnight pantechnicon from Romania, arrived at 5am. The driver parked between me and the house next-door, and left his engine running for three hours, until he felt he could knock. My neighbour Bob Bale chanced to be town mayor, and came round for a little chat about running commercial activities from a residential property.

“I was learning lessons all the time; one was to not give a customer too much choice. An example was the chairman of Abingdon Band who came to buy a G trombone, an instrument that was going out of fashion at the time. I had thirty-two of them. So one Saturday afternoon, I laid out all thirty-two in four lines of eight. He went carefully down each line, and played every one. When he reached the end, he came to see me and said he had forgotten which was the one he preferred. Neither of us knew whether to laugh or cry. Anyhow, since that day I never gave a customer more than three instruments at a time.

“We went round the country making ourselves known. I'll never forget the bagpipe championships held in a Glasgow park near the river. We had taken a tent in case of rain, but the wind was so strong that two of us could barely erect it. At the other end of the country, we used to go every year to the Bugle contest near St Austell. It was an open-air contest, and we were rained off three years in succession.

“We combed the area for a shop, and were shown some old stables which had been connected with Carter Paterson, the road hauliers in High Wycombe. We also looked at a shop in Ivinghoe. Then, one evening during the coffee break at a rehearsal of the Beaconsfield Operatic Society, I was talking to a tenor who was a local estate agent. He told me he had just had a cancellation. A builder had put a non-returnable deposit on the Old Town coffee shop in Beaconsfield. The council would not let him develop it as he had planned, so he had pulled out. I went to see the owner, a Mr Harris. He said he would deduct the deposit he had already received from the price, which meant I could just about manage the mortgage.

“The building was over 250 years old at the back, and over 200 years old at the front. Mrs Harris had a wooden leg: we later found a spare on top of a wardrobe upstairs. The hardest day's work of my life was taking out the original bow windows and digging foundations for the new frames. We had to keep the original front door because we are Grade II listed. The building had been a school, and the wooden treads on the stairs were bowed. There was a semi-circular panel above a door just outside what had been the kitchen, which I thought was brown wood. When we scraped it, we discovered it was glass covered in years of chip fat.

“Our opening day (10 May 1975) was charter fair day in Beaconsfield, and a Saturday. We had the local operatic society singing Hey ho, come to the fair. Two brass bands—one from Oxford and one from Berkhamsted—marched along the A40 which runs outside the shop, and we also had two steam engines. The road was lined with fairground stalls and attractions. Our guest of honour was the entertainer Roy Castle, who played a very long alpenhorn facing the front door. Harold Charles, who worked on deliveries, had a cord attached to the handle inside, and as Roy blew, Harold pulled the door open...”